Mike and I spent the end of last week on a self-guided architecture tour of mid-20th century modern buildings in Los Angeles County. While we were in Norwalk (visiting the city’s incredible modernist government complex) we were surprised to stumble across a little spiral church. 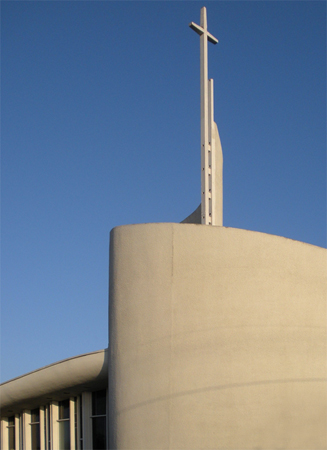 Spiral-shaped buildings are rare, and we were immediately reminded of the Temple in Independence. 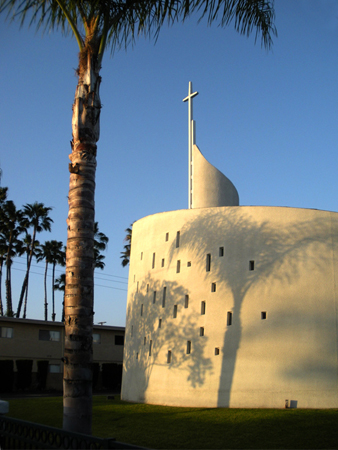 As a proportion to its base, the spire of the little church is much smaller, relatively, than the Temple’s spire. 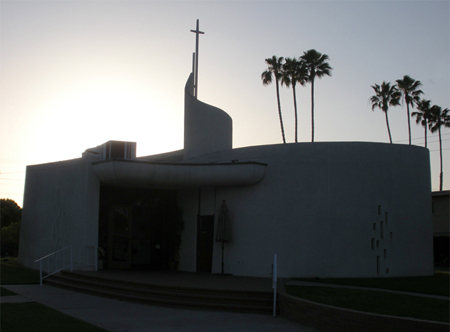 Many of its forms appear to have been inspired by Le Corbusier’s iconic chapel of Notre Dame du Haut in Ronchamp. 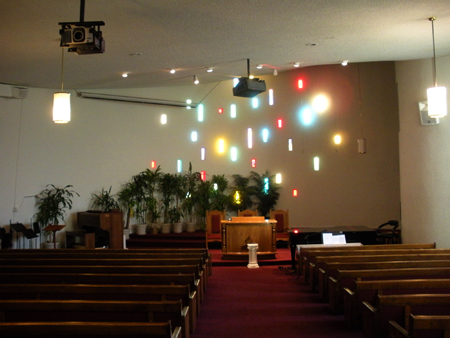 The interior was very simple, but the furnishings — including plants and video projection screens — were not really in keeping with the building’s original design. 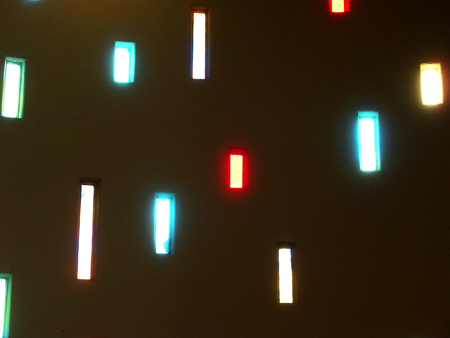 The stained glass windows (also lifted from Ronchamp) had a nice effect. 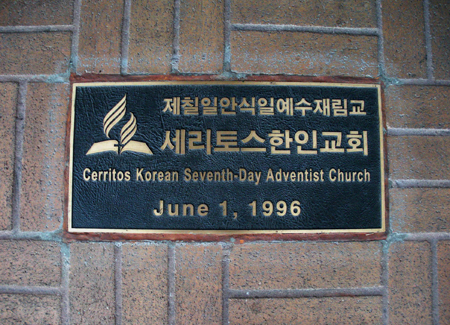 The church member who let us inside didn’t know much about the building’s history, although he believed it had won a design award from the city. (We speculate that it was built c. 1965; the date on the plaque refers to some renovations to the grounds made by the current congregation.) Like many of the churches we saw in the area, the original congregation had long since moved on or died out and the building was now owned by a Korean congregation, in this case Adventists.

It was a fun little find that I thought I’d share.

4 comments on “An Architectural Precursor to the Independence Temple”